Cheese cake is one of my favourite puds. Combined with the fact that substituting sweet things for something raw and healthy is proving the most effective way to introduce more healthy food into my daily life, raw cheese cake was a no brainer as my next foray into the world of raw and naked.

Again it is actually super simple and just requires lots of blitzing.

Tipped into the trusty blender: 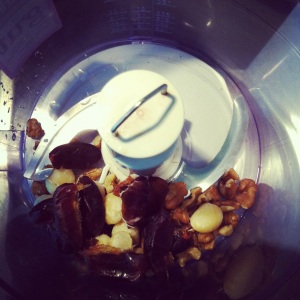 And whizzed for a good few minutes: 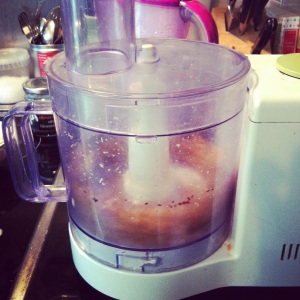 Until the mixture resembled sticky breadcrumbs:

This was then pressed into 4 ramekins (left over from previous Gu pudding indulgences!):

The cheese cake mixture consisted of: 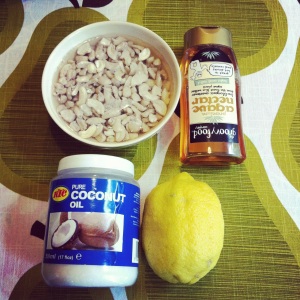 All placed in the mixer: 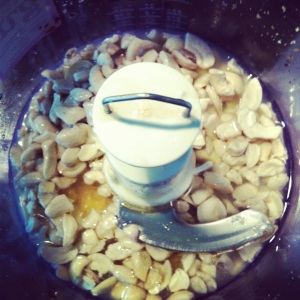 All whizzed up for at least 5 minutes until it was thick and creamy:

Then at the end I added a few raspberries which I pulsed through the mixture which was then poured over the crust: 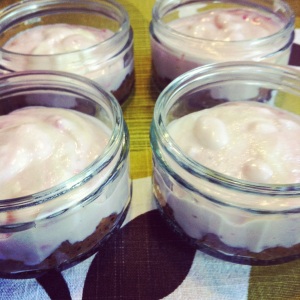 The whole lot then went into the freezer for a couple of hours: 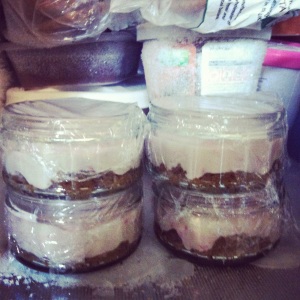 Ready to be munched after being removed from the freezer for 30 minutes, or if feeling impatient eaten as soon as the mixture softens enough to get a spoon in without bending…