We started with a talk about everything chocolate – from what the beans look like to what sweeteners to use and the best equipment. We also got a chance to taste the raw bean which has an almost paper like coating around the bean which is then crushed to make the nibs. 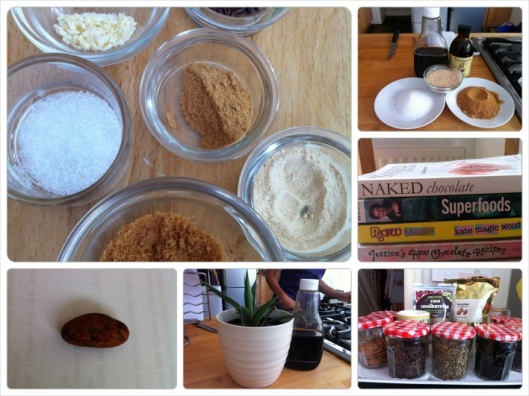 An introduction to ingredients

The first recipe had a cacao-butter base giving a warming background to the chocolate. This was useful to know in terms of playing with flavourings with this base – warmer ones may work better such as orange and spices. 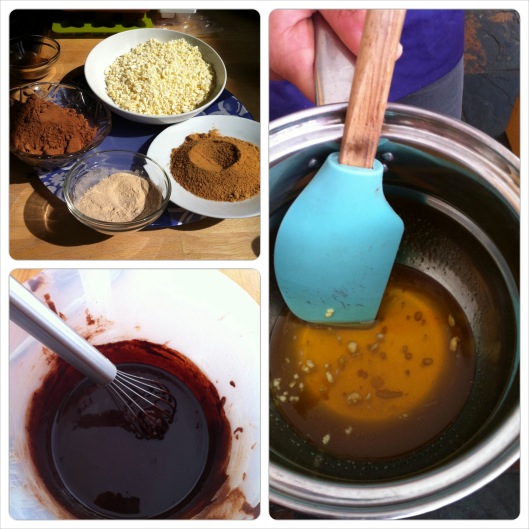 The second recipe came with a coconut butter base, this time lending itself to cooler flavourings such as peppermint. We went for cacao nibs at the base of our heart shaped moulds with a peppermint oil and the result was divine (I have just finished eating one as I write this – all in the interests of research of course)…

We then moved on to a raw food caramac recipe made with cacao butter, lucuma and carob (amongst other things – including Sarah’s ‘secret mix’ which you will have to do the workshop to find out about!). I was fascinated to learn that many ‘superfoods’ such as Lucuma and Maca come from Peru and grow in extremely harsh environments (the theory being that they have developed great properties to survive as a result and these properties are then passed onto us). This time we went for a mulberry filling… 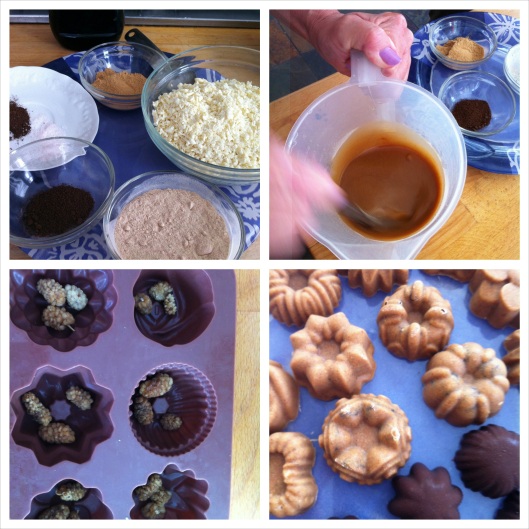 The morning was finished off with a batch of cacao fruit and nut truffles. These were whipped up in the food processor (with a bit of coaxing as the mixture can get a bit dense) and then rolled into balls and rolled in a choice of toppings including dried coconut, raw cacao and sesame seeds.

I also came away with some useful tips including:

It was a beautiful way to spend a beautiful sunny morning, and I am feeling super inspired to get creative with my raw sweets and branch out into some new recipes for raw chocolate. Thank you Sarah for another great workshop…

You can find out about Pure People’s upcoming workshops at: http://www.pure-people.co.uk/.